Moloney led the band to international recognition, including six Grammy awards since its foundation in 1962. 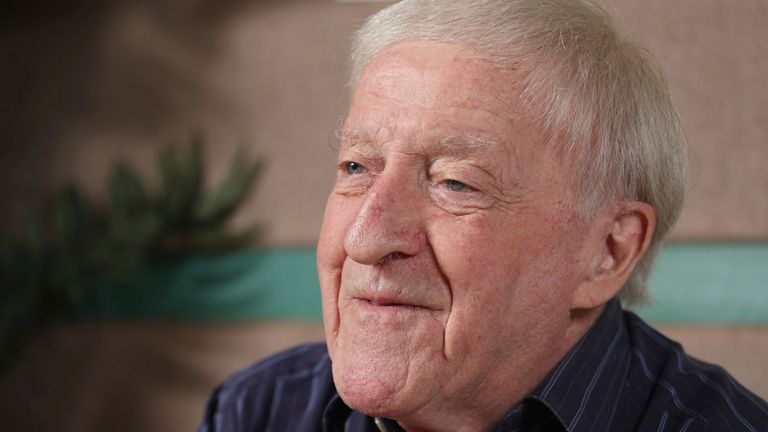 Paddy Moloney, a founding member of the Irish folk band The Chieftains, has died aged 83.
The musician was the group's main composer and played a variety of instruments, including the uilleann pipes, tin whistle and bodhran drum.
Moloney led the band to international recognition, including six Six Grammy awards since its foundation in 1962. 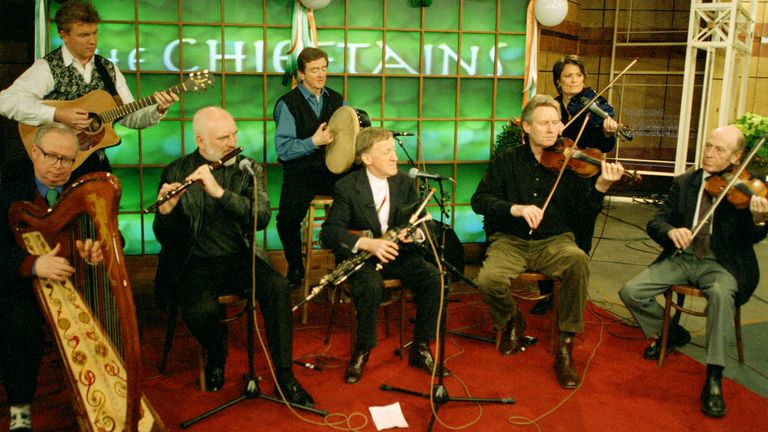 The Chieftains performed for CBS' Saturday Morning show in 1999. Pic: AP
The frontman, who grew up in Donnycarney in north Dublin, played a major role in the revival of traditional Irish folk music.
Irish President Michael D Higgins paid tribute to his "extraordinary skills" and said he brought a greater appreciation of Irish music and culture internationally.
"The Irish music community, and indeed the much larger community throughout the world who found such inspiration in his work, will have learnt with great sadness today of the passing of Paddy Moloney," he said.

President Higgins said his work as a producer was a "contribution of great integrity, undertaken to promote the music itself at a time when the commercial benefits of doing so were limited".

"His legacy will remain with us in the music which he created and brought to the world," he added.

Moloney's first instrument was a plastic tin whistle, according to The Chieftains' website 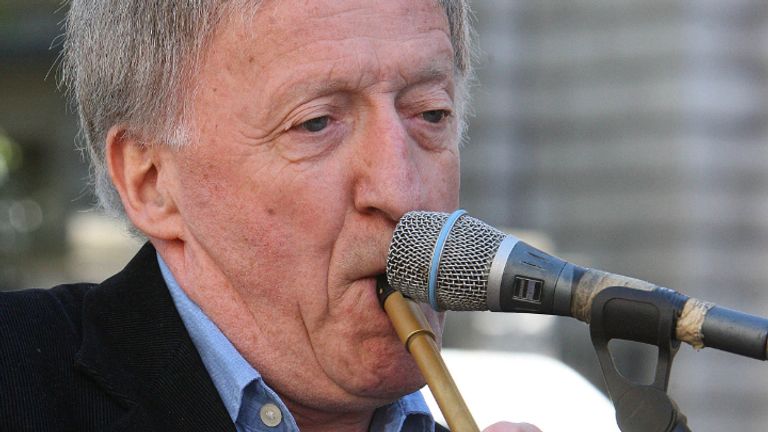 By the age of eight, he was learning to play the uilleann pipes from pipe master Leo Rowsome.

After leaving school, he took a job in a large building firm, where he worked in accounting to support what he regarded as a hobby.

He recorded a number of albums with The Chieftains and decided to leave his accounting job in 1968 to work full time as the managing director of Claddagh Records.

He ran the label for seven years, with contributions to 45 albums in genres like folk, traditional, classical, poetry and spoken word

Claddagh Records said he was "a force of nature, the likes of which this world had never seen before".

Irish Prime Minister Micheál Martin thanked Moloney for his "massive contribution to the life of our nation".

"The term 'legend' is regularly overused, but hard to think of any other way to describe this giant of Irish music and culture," he said.

Ireland's arts and culture minister Catherine Martin said: "We have lost a giant of the national cultural landscape.

"Through the Chieftains, he brought the joy of Irish music to a global audience."

Moloney is survived by his wife Rita and his children Aonghus, Padraig and Aedin