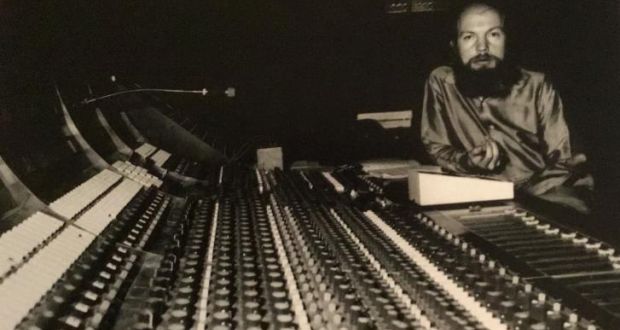 This digital age has wrought what some might describe as havoc on conventional music recording and sales models. Streaming platforms such as Apple Music and Spotify have shifted the balance of power towards the platform and away from record labels and artists themselves.

Claddagh Records, one of Ireland’s oldest record labels, founded by Garech de Brún and Ivor Browne in 1959, saw the writing on the wall, with dwindling sales and the closure of its iconic store in Temple Bar’s Cecilia Street.

Signing a global licensing agreement with Universal Music Ireland earlier this year, the label has taken radical action to turn the tide, and to propel itself well and truly into the 21st century.

James Morrissey is chairman of Claddagh Records. It was he who listened closely to Garech de Brún’s dying wishes to revive the ailing label in 2018.

“During the last three years of Garech Browne’s life, I had been working with him on a book,” Morrissey explains. The pair shared Mayo roots, with Morrissey growing up in Kiltimagh while de Brún grew up in Castlemacgarrett, outside Claremorris. “Garech was adamant that he wanted to revive Claddagh Records, and I agreed with him.”

De Brún named the record label after the Claddagh, the oldest part of Galway, and actively pursued the finest traditional musicians, most of them unknown at the time, to record for the label.

With Paddy Moloney of The Chieftains at the helm of many iconic recordings, the label rapidly carved out a reputation for itself as a company that mined rich seams in our tradition.

Morrissey had embarked on a project to publish a large format book documenting the picaresque history of Claddagh Records, in cahoots with Garech de Brún.

The archival pickings were indeed rich: alongside historic recordings of traditional musicians from Leo Rowsome and Tommie Potts to The Chieftains, there are letters from Peter Sellers, recordings of Dostoevsky and of Professor Hwang Byungki who was the foremost South Korean player of the gayageum, a 12-string zither with silk strings.

A raft of Scottish and Irish poets were captured on tape too, including Patrick Kavanagh (on a recording titled Almost Everything, made shortly before his death), Máire Mhac an tSaoi and the Scottish neo romantic poet, William Sydney Graham. All of these riches languished in the vaults of the Bank of Ireland on College Green until they were removed and catalogued.

This five-year licensing deal with Universal Music Ireland offers Claddagh Records the lifeline it needed, in the nick of time.

“It’s designed to make available the Claddagh catalogue to audiences wherever they are”, Morrissey explains. “For years, Garech felt that he was pushing water up a hill. It was his dying wish and so we looked at how best we could fulfil his wish: maintaining Claddagh Records’ rights, yet reaching a global market.”

The label anticipates the release of the first three Chieftains albums on vinyl as a box set in the near future, marking almost six decades of music-making by the band. This was a project that Paddy Moloney was working actively on, right up to his recent untimely passing.

Morrissey is also excited at the prospect of releasing an updated Beauty an Oileán, a recording of musicians from the Blasket Islands, made in the 1950s and 60s, with contributions from some of their descendants adding a certain piquant quality to the re-release.

“This archive is in remarkably good condition”, Morrissey offers, “and some are in the process of being remastered by Universal Music in Abbey Road Studios. But to be truthful, we know that if Claddagh is only of interest to my generation, it won’t survive, so for that reason, we plan to sign new artists and to make sure the label stays relevant.”

While Morrissey wouldn’t be drawn on any label signings just yet, his sights are clearly focused on the re-release of some iconic collections over the coming year.

“We know that vinyl is outselling CDs at the moment”, he says, “and I think we can do something imaginative and creative with album sleeves, without tampering with what was there before. Louis le Brocquy designed some beautiful Claddagh albums. Eddie Delany did several too.

Garech often incurred the wrath of the board and of staff because of the sums of money he spent on sleeve design. He always wanted authentic individuals writing the sleeve notes too. He always contracted such outstanding artists to contribute to the design work.”

Tales abound of how de Brún would disappear on his global travels, taking his cheque book with him, and leaving Claddagh Records staff scrambling for funds to keep the business in motion. This was a label founded and run on passion and love for the music, with barely a passing nod to the hapless accountants poring over the balance sheets.

For countless musicians, composers and listeners alike though, Claddagh Records was the bellwether for our musical and spoken word tradition. Composer Bill Whelan understands that legacy intimately.

“Claddagh Records must now contain the most valuable collection of music and spoken arts in the State”, he suggests. “Garech de Brún’s singular passion drove him to collect the performances of so many pivotal figures in 20th century traditional and literary expression. And he was not simply an archivist - his vision convinced him of the propulsive and energising force that such a collection would have in illuminating the way forward for contemporary musical and literary artistic expression. His instinct has proved to be correct.”

Altan’s Mairéad Ní Mhaonaigh has many fond memories of listening to Claddagh albums.

“Claddagh Records had a significant influence on my music, growing up”, she says. “From hearing the first Chieftains recordings to the beautiful Máire Áine Nic Dhonnachadh sean nós album, Deora Aille, with the most perfect album sleeve by Louis le Brocquy. I have milled over Seán Keane’s Gusty’s Frolics and savoured Tommie Pott’s The Liffey Banks many a night and wondered in awe at their magic!”

Fond too are her memories of countless hours in Claddagh Records’ Temple Bar shop, where informed advice and endless free listening opportunities were always on tap.

“Frankie [Kennedy] and I spent many an afternoon in the old Claddagh Record shop in Cecília Street in the company of the late Finbar Boyle or Tom Sherlock listening to the latest releases which they would play for us and then us saving up to buy our next favourite release.”

Fiddle and viola player, and member of the West Ocean String Quartet, Seamus McGuire is in no doubt as to the value of Claddagh Records’ contribution to the musical landscape either.

“Claddagh Records have been long regarded as a national institution and held in the highest regard by Irish traditional musicians”, he says. “Landmark albums by artists such as the Chieftains and Tommie Potts gave the label a definite prestige and gravitas.”

Claddagh’s distribution deal with Gael Linn was a fitting and effective precursor to the label’s current licencing arrangement with Universal Music Ireland. Seamus McGuire and his fellow band members felt the benefit of that earlier arrangement over 30 years ago.

“When our third Buttons & Bows album Gracenotes was released in 1991 on the Gael-Linn label”, he recalls, “we were delighted that Claddagh Records agreed to distribute it. We hoped this would help it to reach a wider audience and happily this turned out to be the case. I think Claddagh Records were instrumental in increasing awareness of the extraordinary beauty of our Irish traditional music heritage, and as a musician I’m very grateful for that.”

In the coming year, Morrissey plans to publish the book he had begun working on with Garech de Brún before his death.

“Only someone starting off in life with nothing specific to do, with access to funding, with the world a clean canvas, would be able to respond in the way that Garech did, by founding a record label”, Morrissey maintains.

“As a young teenager studying in Paris, he had a Breton teacher who kept asking him questions about Ireland and at that time, Garech was embarrassed because he didn’t know the answers. So he wrote down the questions, and they were the first questions he asked of the country he was born and grew up in.

“And it all came from there. He learned the pipes from Leo Rowsome and Rowsome’s was the first album released on Claddagh Records. Garech’s insatiable curiosity is the reason that we have Claddagh Records all these years later.”