At the start of 2021, John Francis Flynn was, it is fair to say, another struggling Dublin folk singer. But a year later, following the release without hoopla of his debut solo album I Would Not Live Always in July, his reputation has moved beyond Dublin’s folk aficionados to the international stage. Outstanding reviews put I Would Not Live Always on many best-of-the-year lists.

“I’m overwhelmed by the response,” says Flynn, a member of band Skipper’s Alley and a regular at pub sessions. “Skipper’s Alley haven’t really had any success, so to get such a strong response from this album . . . I didn’t expect it at all. It’s a bit mad how it’s all happened.”

What mark out I Would Not Live Always as unique are both Flynn’s voice — mournful, deep, expressive — and the adventurous arrangements of songs by celebrated British folk authorities Shirley Collins and Ewan MacColl, alongside centuries-old ballads. Working with keyboards, drums, tape loops and Saileog Ní Cheannabháin, who performs sean-nós singing (unaccompanied traditional Irish vocal music), Flynn has made I Would Not Live Always intensely atmospheric, a challenging yet compelling listening experience. This is folk music rooted in tradition but alive to our time.

“It’s definitely a lockdown album,” says Flynn, who started recording it in early 2020. The enforced break gave time to think, and “when we returned to the studio, producer Brendan Jenkinson and I, we added loads and loads of different textures. I think that gave it a bit more of a contemporary edge.” 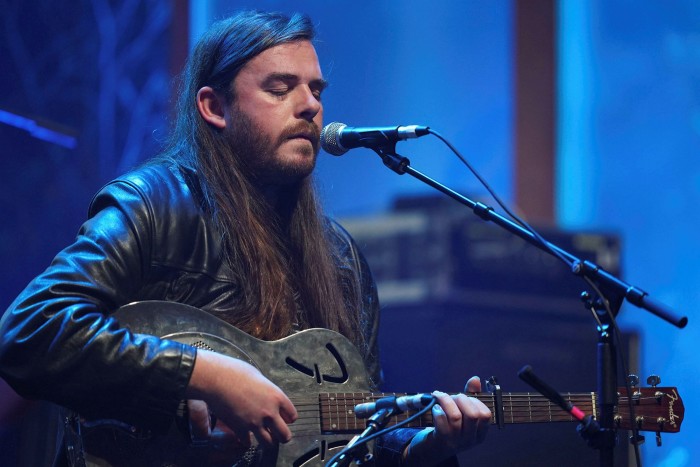 Flynn’s album has not shifted too far from Irish folk tradition, however: the instrumental “Tralee Gaol” is a simple dance number built around the tin whistle. And the keyboards, drums and loops are employed minimally — this is not a folk singer trying to sound like a rock or pop artist. More than anything, it’s the intensity of Flynn’s voice that captivates.

Flynn is signed to River Lea, the folk offshoot label of Rough Trade and foremost champion of the contemporary Irish scene. “People have talked about the ‘folk resurgence’ here,” says Flynn, “and I agree that, right now, traditional music is enjoying a broader appeal. But I grew up with trad music and there’s always been a scene, whether the media and wider audiences are aware of it or not.”

While Dublin has long produced folk musicians who possess international appeal — The Dubliners, Planxty, Mary Black — the city’s scene had recently been overlooked until Lankum, who mix both folk and punk influences, demonstrated that the music had relevance in the 21st century. Other new Irish folk talent to break through includes Lisa O’Neill, Ye Vagabonds and Flynn himself. Within the folk scene, a song is a spur to excavate, in search of its history and alternative readings by other artists. On the album, “Shallow Brown” — a sea shanty sung in the voice of a slave working on a ship — and “My Son Tim” — a mother raging at the French soldiers who fired a cannonball that crippled her sailor son — may be old but resonate still because Flynn sings them with such pathos. How did Flynn find these songs?

“I go through phases of looking for traditional songs,” he says. “There’s a great archive in Dublin with rare, old recordings. And at sessions you hear the older heads singing, so I’ve learnt songs from them. ‘Shallow Brown’ came from a big book of sea shanties collected by Stan Hugill. I imagine the way I sing it isn’t the way it was originally sung as shanties were work songs. It’s such a sad song, I just had to sing it.”

Flynn’s first UK tour begins in Brighton on January 26 and finishes in Chester a month later. Omicron means that when we speak he is unsure if any or all of the dates will be cancelled, and as a musician who survives on playing concerts, it weighs on him. “If there’s no live scene as such in the foreseeable future then a lot of musicians are going to have to find another trade,” he says.

But if they do go ahead, they will be worth seeing, like the one he played at The Lexington in London last summer. That evening Flynn beat upon his acoustic guitar and wailed, his deep voice and brooding presence making for a compelling spectacle. “Having been raised in the trad scene, I feel so fortunate to be sharing my music with people who perhaps don’t know anything about the culture I come from,” says Flynn. “Folk music really lives when it’s shared with an audience.”