Matt Molloy: ‘I think the Chieftains has run its course’

Matt Molloy: ‘I think the Chieftains has run its course’

The band have just released a 60-year anthology, but the death last month of Paddy Moloney means the Chieftains may have played their last dance, the flautist tells Lorna Siggins 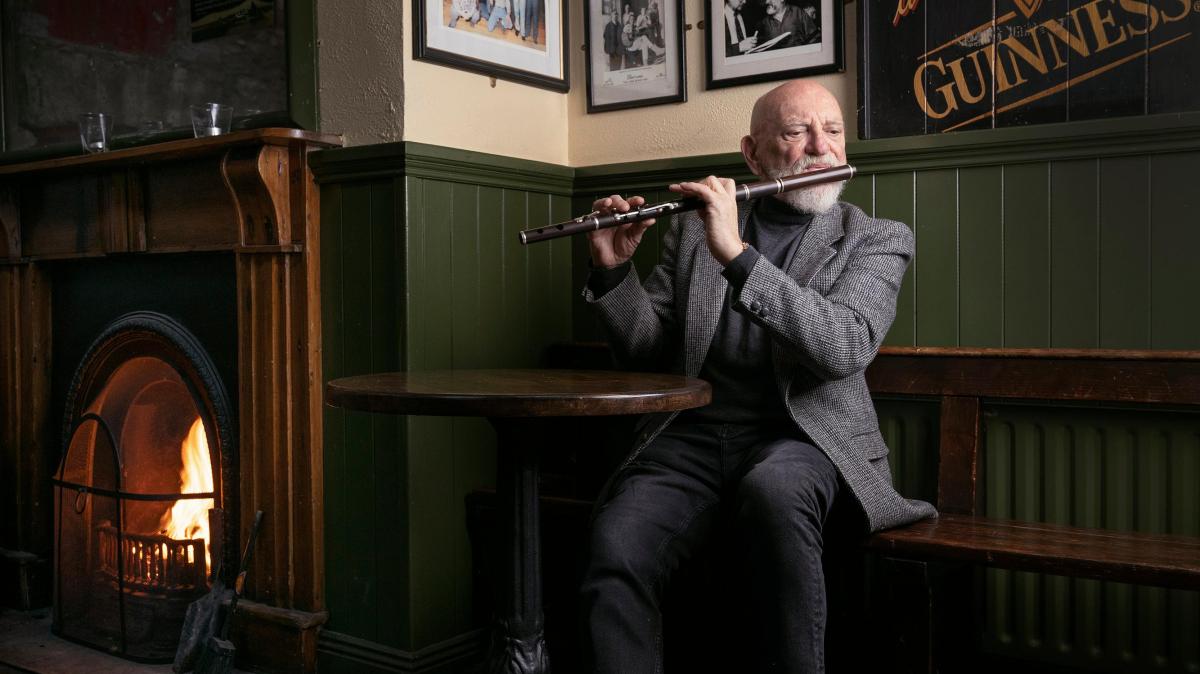 
When Matt Molloy took up whistle and flute as a young boy in Roscommon he often wondered why his very musical father would play only once a year. “He had bought a flute in Wurlitzer’s piano makers in New York, but he would only take it out for a couple of days,” Molloy recalls. “My mother told me why just after he died. An older sister of mine wouldn’t go down at night to sleep until he played her a tune. She died when she was nearly four years old, before my time. He was very affected by it and never spoke about her.”
Unlike his father, Molloy could never contemplate a day without music, and has found it to be a solace in times of loss. After his first wife, Geraldine, was diagnosed with terminal cancer, practising music became a medium for navigating grief. “When Geraldine was ill I wouldn’t feel like playing, but I would force myself for maybe an hour or more a day. I would play the same piece mechanically over and over again, and not feeling anything really,” he says. “Then the music would take over, and it would feel like I had moved through a portal into a different realm.”
Five years after she died in 2008, cancer also took their second youngest child, Claire, 32. “She became a primary school teacher, worked in several schools here and played the flute, teaching her pupils little marches,” he says. Temporarily lost for words, he rises to put the kettle on as a flame licks the turf in his Westport kitchen stove. 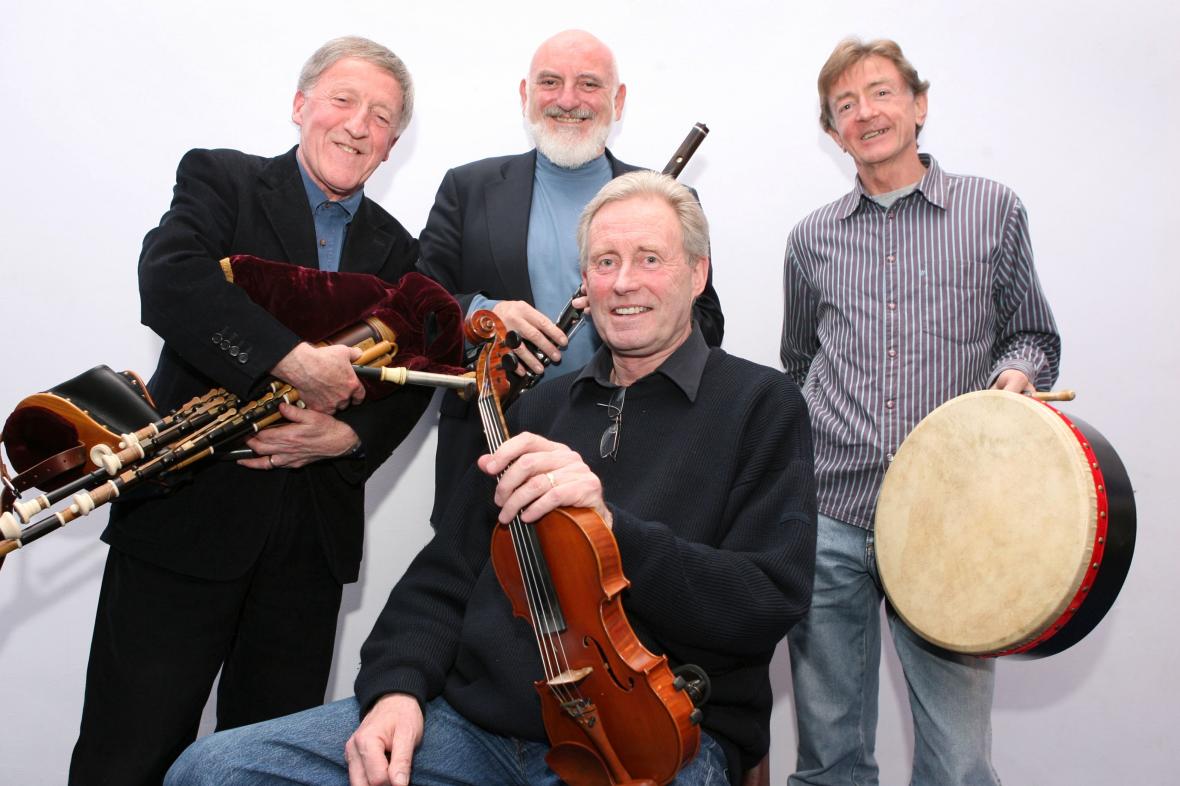 Molloy joined the Chieftains in 1979
REX FEATURES
Last month Paddy Moloney, his longtime partner in the Chieftains, died, as did Tony McMahon, an early member of the Bothy Band. His good friend Arty McGlynn, who he describes as a “musician’s musician”, also passed in December 2019. Moloney’s death came as a particular shock, he says. The Chieftains had planned a farewell tour in Canada, the US and possibly Japan next year to mark 60 years since their formation. Moloney was also working on the recently released 60th anniversary box set, Chronicles, with its album cover reminiscent of the Beatles’ Sgt Pepper’s Lonely Hearts Club Band.
“Paddy was a dynamo, and would joke about rehearsing for retirement. However Covid really got to him. He didn’t leave the house for an entire year,” Molloy says. “I spoke to him on the phone a few weeks before and I could tell he wasn’t in a great place. I think Covid-19 has affected many people in a similar way.” Molloy adds that he and his second wife, Eileen, were fortunate enough to be able to retreat to Old Head near Louisburgh during the lockdowns.
“Paddy had many talents and many personalities. He was a great public relations man, a clever businessman and a workaholic,” he continues. “If there was a row, Paddy would ensure that nothing would ever carry over. I often thought he would have made a great little general, and John Kelly of Ceoltóirí Chualann used to call him a little Napoleon,” he smiles.
Molloy has been with the Chieftains since 1979, moving from the Bothy Band and a sojourn with Planxty. He had worked for six years as an aircraft technician mechanic with Aer Lingus when Geraldine and Donal Lunny persuaded him to become a professional musician. The couple had just secured a mortgage on a home in Portmarnock, Dublin, and had their first child.
“I remember when we were buying the pub in Westport later and people were saying, ‘You must be mad, how can you control that?’ But what they didn’t realise is that if you can survive as a musician, you can run a pub,” he says.
The move to the Chieftains was a pace shift for him after the fast, furious Bothy Band approach, which was “instantly lethal”, in the words of Colin Irwin of Melody Maker. “The previous generation raised their eyebrows when we started, and I have to stop myself doing the same now. When I was starting off you had to search for the people who you thought had stories to tell, music to play,” he says.
“My father was from the Lissananny Marlow area of south Sligo, with a cluster of farms where there were great musicians,” he says, recalling summer visits to the Finns, Jimmy McGettrick and Packie Dowd of the famous Sligo fiddle-playing family. His father and uncle Matt were his mentors, along with Peadar Noone, a teacher and neighbour in Ballaghaderreen, who formed a junior ceilí band.
“I learnt by ear, and couldn’t sight-read very well — that used to be fun later when the Chieftains were working with orchestras,” he laughs. “I’d get Derek Bell on the piano and I’d record what I was supposed to do on a portable tape recorder. Still, getting the cues later and a wink from the conductor was essential.”
His oldest flute, a Pratten’s Perfected Boosey, was made in 1861, and he has the original case and handwritten guarantee from Sidney Pratten — the James Galway of his day. One of Pratten’s flutes, dating from 1890, was taken into space by the Nasa astronaut Cady Coleman in 2010.
His son, Peter, who works in the family pub, plays the flute now too, and the standard of music at the nightly sessions in the Bridge Street bar tends to be high, Molloy says. Joe Biden — then vice-president — has been among its many visitors, and his photo hangs in a gallery at home among dozens of musicians with whom the Chieftains have worked.
He singles out Sting, Sinéad O’Connor and Tom Jones among those he most enjoyed collaborating with, along with the late Frank Zappa and his wife, Gail. “And when we did a recording with the Rolling Stones, I’d see these pieces of history walking around and I’d think, ‘Here am I, a fella from Ballaghaderreen, and what am I doing here?’ ”
Molloy has recorded four solo albums, and was recognised as the finest flute player of his generation in the 1999 TG4 national traditional music awards. “You get into a comfort zone with a band and I began to feel like an egg in an omelette. I’d have tunes bubbling around which I had to express,” he says of the solo projects. His life has always extended beyond music, however. He took up scuba diving when the family moved west in 1981, and then sailing. His ketch-rigged Fisher 37 has taken him across the Atlantic — something he felt he had to do after Geraldine died in 2008. He has sailed to Russia with the polar adventurer Jarlath Cunnane, and recently up to Iceland.
Wedging himself into a quarter cabin, or playing while on night watch, he has composed at sea. The elements remind him of the music he would hear through the wind in the trees behind his house at night as a child.
Moloney’s passing signals the end of the Chieftains, in his personal view, though no formal decision has been taken. “There’s only myself and Kevin Conneff of the original partnership. Kevin has teamed up as the Dublin Trio with Joe McKenna and Tony Byrnek,” he says.
Molloy has recently performed in London with the musician and singer Seán Keane, and hopes to play with the traditional musician John Carty in the future. “Paddy was the centrepiece. You could and would get away with keeping the Chieftains together, but I think it has run its course, and all things change.”
Chronicles: 60 Years of the Chieftains (Claddagh Records) is out now
SIGN UP FOR EXCLUSIVE OFFERS HERE